Why aren’t the BBC covering this? That’s the only question you need to ask. Possible answers can take you down a dark path, but unfortunately, one of them must be true.

If you were in the centre of London today you might have noticed 50,000 people taking part in a massive march against the government’s austerity policies: 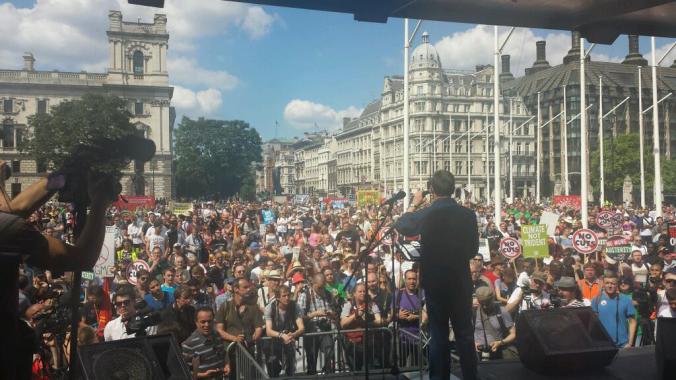 If you did notice, you’re doing better than most of the UK press who seem to have entirely missed it.

It seems the BBC are capable of tracking down a single Scot in Brazil who cheered a goal against England but fail to notice 50,000 demonstrating on their doorstep.

I still remember when firefighters were heroes. Now we just ignore them.